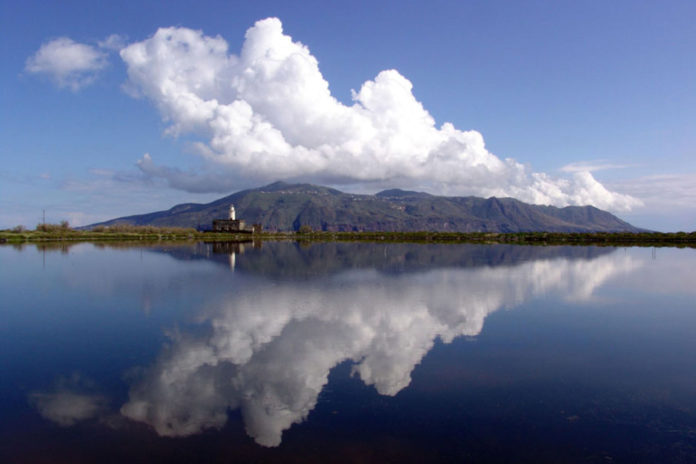 Il Filo dell’Alleanza by Francesco Miccichè and Daniela Papadia; La scomparsa di mia madre by Beniamino Barrese; Gods of Molenbeek (Aatos Ja Amine) by Finnish director Reetta Huhtanen; Freedom Fields by Anglo-Libyan director Naziha Arebi; The Lone Girl by Marco Amenta; Il Varco by Federico Ferrone and Michele Manzolini; Le Pays by the Swiss Lucien Monot.
These are the seven documentaries in competition, from 11 to 14 September, at the SalinaDocFest, the Narrative Documentary Festival, founded and directed by Giovanna Taviani, dedicated this year to the theme of (R)esistenze (R-existences). They will compete for the Tasca d’Oro Award – awarded by the jury composed of the directors Claudio Giovannesi and Nicolas Philibert and the photographer Francesco Zizola (author of the picture symbolising this edition) – and the Signum Award, whose winner is chosen by the public. There are a world preview (Il Filo dell’Alleanza) and a national preview (Le Pays). And for all the documentaries in the competition, it will also be a Sicilian preview.
One of the seven competitors will also be awarded the WIF – Women in Film Award, established this year to give recognition to which, among the documentaries in competition, best reflects on the condition of women in cinema. The jury of the WIF prize is composed of Kissy Dugan, president of Women in Film, actress Valentina Carnelutti and director Antonietta De Lillo.
Let’s take a closer look at the seven documentaries taking part in the competition in just a few short paragraphs.
Il Filo dell’Alleanza (which opens the series of documentaries in competition, September 11th), is the story of the creation of an art piece by the Palermitan artist Daniela Papadia, which travels from Palermo to the Holy Land. Her work is a tapestry almost 6 meters long, depicting a map of the Mediterranean as a graphic representation of the human genome. To accomplish this, a group of Israeli, Palestinian, Druze and Bedouin women try to mend the wounds of their lives by embroidering their blood genes, a metaphor for the blood shed in a land ravaged by fratricidal wars. In the doc (a Istituto Luce Cinecittà distribution) features the exceptional testimony of Abraham Yehoshua, who will be a guest of the Festival and who will receive the Ravesi Prize – From Text to Screen.
La Scomparsa di mia madre (11 September). The director, Beniamino Barrese, is the son of Benedetta Barzini, the first great Italian top model in the 60s, muse of Andy Warhol, Salvador Dalì, Irving Penn and Richard Avedon. Militant feminist, mother of four children, writer and professor of Fashion Anthropology, she lived an eternal struggle with a system that for her meant the exploitation of women. At 75, tired of roles – and stereotypes – she matures the desire to leave everything to reach a faraway place: to disappear. Perturbed by this plan – radical as it is indefinite – her son begins to film it, determined to pass on its memory. The film (the only Italian work in competition at the Sundance Film Festival) is presented in Salina in collaboration with the Biografilm Festival.
Gods of Molenbeek (Aatos Ja Amine) (11 September) is set in the Molenbeek neighborhood in Brussels, one of the European centers of jihadism according to anti-terrorism investigators; but for Aatos, a six-year-old boy, and for his friend Amine, it’s only the place where they live and where they are growing up. The brutality of the adult world presents itself in the children’s eyes when terrorists blow up a bomb in the neighborhood. Aatos is strongly convinced that those who believe in God have gone mad, but envy the Muslim faith of Amine and, together with his friend Flo, try to understand her. In collaboration with the Biografilm Festival.
Freedom Fields (11 September) narrates five years of the lives of three women and their soccer team in the post-Gaddafi Libya, when civil war is already looming over the country and the utopian hopes of the Arab spring are beginning to fade. An intimate film about hope, struggle and sacrifice in a land where even dreaming is transgressive and reckless. A love letter to sisterhood and a hymn to the power of team building.
The Lone Girl (12 September) is dedicated to the last female “Italian cowboy”. A custodian of an archaic and purely male profession, inherited from her father, Roberta leads her herd of cows along the Maremma pastures, leading a hard life that no one wants to live anymore. At the mercy of nature and animals, any unforeseen event can undermine her work and its choice of life. An existence out of the ordinary in an environment that is still wild, often unruly, difficult to tame.
Il Varco (12 September), arrives in Salina after the premiere at the Sconfini section of the 76th Venice Film Festival. Inspired by historical events,  it’s ultimately a tale of pure fantasy. In the summer of 1941, an Italian soldier – born from a Russian mother – leaves by train for the Soviet front. It is the moment when the Nazi-fascist victory seems near. The soldier’s mind returns to the melancholy of the tales his mother told him. He has already known the war, in Africa, and for this reason he does not share the enthusiasm of his fellow soldiers. The train crosses half of Europe, venturing into the vast Ukrainian territory. Enthusiasm falls and his desire become simple: no longer the dream of victory, but longing for a warm bed, food, a hug and one, weak, hope: going home. Il Varco is a Istituto Luce Cinecittà distribution.
Le Pays recounts the relationship between Chady and David, two immigrants living in Switzerland who work on Lake Geneva transport vessels. On the waters of the lake the two foreigners, persecuted by the memories of their countries of origin, share the secrets and the same feeling of alienation, developing a strange intimacy. Two protagonists linked by the same melancholy and the same sense of uprooting.

Francesco Zizola’s image is going to represent the 2019 SDF – (R)Esistenze.

Redeem your coupon code by typing SALINADOCFEST in the dedicated space; you will help to grow the Festival in our territory.